What is European furniture?

What is European furniture?

European furniture consists of several different styles that have evolved throughout history. From Italian Renaissance to Rococo and beyond, there is much to love about each iconic European style and their illustrious histories dating all the way back to prehistoric times.

European pieces of furniture have been found going back to prehistoric times, when they were made of stone. Since then, they have evolved into iconic styles that coincide with a number of eras throughout European history. Let’s revisit those eras.

Medieval (5th-15th century) – Most medieval pieces were square or rectangular shaped and used neutral colors such as grey, black or beige. An iconic example of medieval design is the canopy bed. During medieval times, furniture was considered a luxury.

Italian Renaissance (15th-16th century) – The Renaissance is remembered as a period of European social change, creativity, and a cultural movement that forever changed how we look at art, architecture, politics, science and literature. This way of thinking is reflected in Renaissance style European furniture. At this point in history, furniture was a symbol of status and featured large designs with artistic pieces made of walnut or chestnut woods.

French styles (17th-18th century) – First, there was the Baroque era, which began in Italy but became prominent in France. Baroque is remembered for its ornamentation and exotic woods like mahogany and ebony. The elaborate detail in design from Baroque, especially with cupboards, still resonates to this day.

Later in the 18th century came the Rococo style. Originating in France, the Rococo era featured furniture with elaborate ornaments (similarly to Baroque) as well as curved lines. This style was characterized by its many different designs. The chaise lounge is an example of Rococo style furniture that remains prominent today.

Neoclassical (Late 18th-early 19th century) – The Neoclassical style is reminiscent of the Ancient Greek times. Its architecture consisted of Greek characterizations such as columns, foliate scrolls, pilasters and flutes. Neoclassical woods are dark and often are made up of oak or walnut. Legs of the furniture often are curved.

Art Nouveau (1890-1910) – Art Nouveau translates to “New Art” and is inspired by nature in its designs. It was influenced by a movement against Industrialization in Europe during the late 1800s. Art Nouveau designs are renowned for their attention to detail and commended for their quality craftsmanship.

Art Deco (1920 -1945) – After Art Nouveau came Art Deco, which presented a more modern style of furniture. Art Deco furniture usually consists of straight lines and geometric shapes contrary to Art Nouveau’s naturally fluid lines in its design. This era celebrated luxury and modernity and incorporated metals, such as aluminum and stainless steel, were prominent in the furniture’s architecture.

If you are searching for furniture with a taste of history that adds an elegant touch to your living space, you can do no better than European style furniture. But first, with such a variety of styles to choose from, you will want to carefully select the style that matches your desires.

In addition, you will want to pick furniture with the following qualities:

If you find a style of European furniture that matches that description, you undoubtedly will be satisfied with your decision. 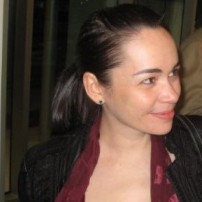 What Makes the New B&B Italia Furniture a Must-Have?

How Fendi Casa Continues to Thrive After Getting Sold